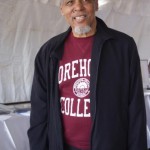 On April 5, 2014, the sun set on the life of Charles H. Neal.  He was a friend to the Morehouse Alumni Association and faithfully served as Region 5 Vice President. He was born to the late Charlie James Neal and the late Alice Brown Neal, growing up in Atlanta, Georgia. Later, he moved to […] 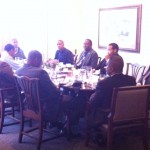 This past Friday, the Morehouse Alumni Association hosted the monthly gathering for breakfast and to discuss current events and networking. We had a large group in attendance, and would welcome additional Alumni to join us in the future. If you’re in Atlanta and are interested in participating, let us know how we can connect with […] 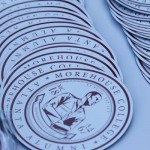 There’s only one thing that’s constant.Change.  The Morehouse College Alumni Association is proud to announce that the recent elections have garnered a team that is uniquely equipped to propel the Association into its most effective season to date.   To those who have served as officers for the Association in the past, we say with […]

Et facta est lux.   And then there was light.  It was 147 years ago that Morehouse College was established as a beacon of light for young black men thirsty for education. Created primarily to prepare black men for ministry and teaching, the college has evolved into a national phenomenon – an aspiration for young […] 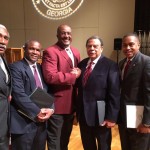 In spite of Atlanta’s weather over the weekend, we had a jubilant celebration as Dr. John Silvanus Wilson ’79 was inaugurated as Morehouse College’s 11th President. We have more pictures to come of the entire Founder’s Day Weekend events, but thought we would share these two first. WABE in Atlanta reported on the inauguration. Please […] 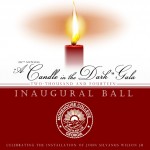 The 147th Morehouse Founder’s Day Observance is this weekend! There are many wonderful activities and events planned to honor this special time of year. We will honor many special people, inaugurate our president, and continue the Morehouse tradition. All the latest details for times and places are on the Morehouse.edu website – so please click […] 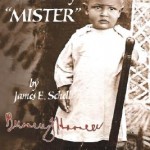 The Greater San Diego Morehouse College Alumni Association (GSDMCAA) has created an initiative to raise funds in support of the our alma mater for its Unrestricted/Annual Fund .  Lemar R. Slater ’00, Chapter President, has appointed James E. Schell ’49 to spearhead the initiative. To accomplish this: Dr. Schell will donate the proceeds from the sale of his […] 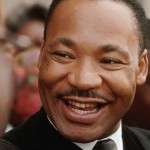 It has been a busy week and many media outlets have reported on the National Holiday honoring our Alumnus Brother, Dr. Martin Luther King, Jr.  Here’s a list of some of the stories we were reading throughout the week, passing them on to you to read as time permits. Turning the Pages to Celebrate the […] 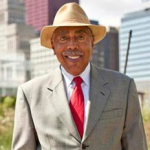 The Association of Independent Colleges of Art & Design (AICAD) welcomes the New Year with a new team of officers leading its Board of Trustees. Leading the Trustees as Chair is Walter E. Massey, President of the School of the Art Institute of Chicago and highly esteemed physicist and academic. Joining Massey as officers of […] 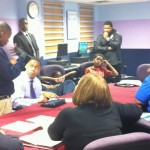 In November of this year, Morehouse College Alumni Association (MCAA) and The John W. Harland Boys and Girls Clubs (BGCA) launched a collaborative mentoring initiative to serve an estimated 35 males between 8-17 years of age. The following are some brief facts about the partnership to assist in orienting prospective mentors on the guidelines and […]