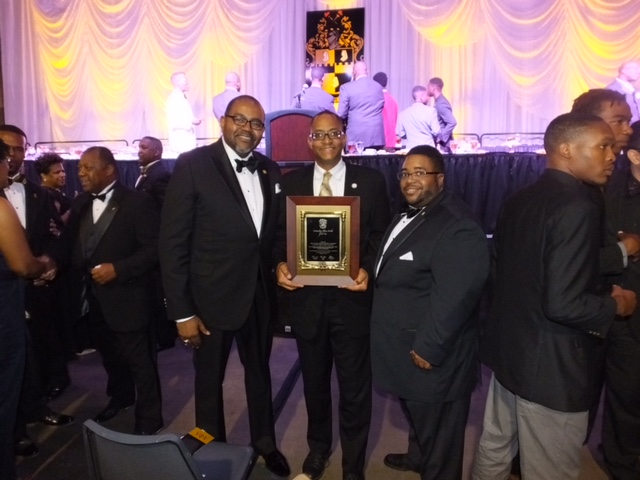 Dr. Richard T. James, Jr. is currently living in his home town of Detroit, Michigan. Dr. Richard T. James, Jr. is a poet, writer, teacher, scholar and gives to his community. A 1990 graduate of Morehouse College, he acquired his Bachelors degree in Business Administration with a concentration in Marketing. He holds an MBA in Strategic Planning Management from Davenport University. He also obtained an Educational Specialist degree in Educational Administration from Wayne State University. He has studied at Harvard University’s Principal Academy, completed his doctoral degree program in Educational Administration and Policy Studies from Wayne State University in 2003.

In December 2006 he received National Board Certification from the National Board Professional Teachers Standards Association (this certification is the highest educational certification that a teacher can receive). In 2007, he graduated from University of Detroit with a Masters of Science degree with a concentration in Intelligence. In 2012 Dr. James was honored by President Obama with an appointment to the U.S. Selective Service Systems Board for the Detroit area.

Dr. James’ favorite quote is by Malcolm X is “Education is the Passport to the Future, for tomorrow belongs to those who prepare for it today.” Education has been instilled in him since an early age by his father who was an educator for Detroit Public Schools. Having the dream of being a teacher as a young boy, he followed his dream and has been passionately teaching in urban education with Detroit Public Schools for the past 21 years at Mackenzie High School and now at his Alma Mater Cass Technical High School in the area of Marketing/Business Education. He also is an adjunct professor for Wayne County Community College District. 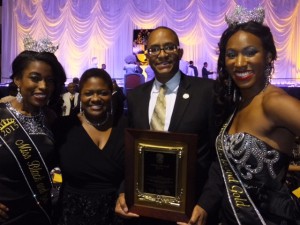 On April 14, 1991, he became a member of Atlanta’s Eta Lambda Alumni Chapter of Alpha Phi Alpha Fraternity, Inc. In September 2009, Dr. James became the 46th president of Gamma Lambda Chapter, the 5th largest chapter in Alpha Phi Alpha Fraternity, Inc.   He has a strong commitment to community service and as a member of Alpha Phi Alpha Fraternity, Inc. for 19 years. He has worked very hard to serve the community with his fraternity brothers in such efforts as Meals on Wheels, March of Dimes, Big Brothers/Big Sisters, C.O.T.S., Relay for Life, American Cancer Society, the Red Cross, Focus Hope Walk, Gleaners Food Bank, Ronald McDonald House, American Cancer Society Breast Cancer Walk, Polar Bear Plunge for Special Olympics and many others. He also is a member of the Detroit Police Reserve Unit, where he volunteers his time in the field of law enforcement to protect the citizens of the City of Detroit.

Dr. James believes that literacy is very important and is also an author of two books of poetry, which are available at WWW.RJPOET.COM . His work has appeared in a number of publications, including Rock Magazine; Imaginaries I, a French publication published by the Universite de Nantes; A Delicate Balance and The Space Between, published by the National Library of Poetry; the Sphinx magazine, published by Alpha Phi Alpha Fraternity, Inc.; and numerous other publications.

One of the most evident attributes which enables Dr. James to make a meaningful contribution to society is his work ethic learned from his mother, Audrey James and father, Richard T. James, Sr., his grandparents, family, friends and fraternity brothers.   This is clearly evidenced by his academic as well as community work. His work ethic is complimented by an attitude which does not allow anyone else’s negative opinion or perception to deter his motivational drive. The positive attitude as well as his self confidence were nurtured and cultivated by his family but especially during his five years at Morehouse. He considers self confidence, patience and a never quit attitude to be the key strengths he has which continues to play a role in his success in the community, education and Alpha Phi Alpha Fraternity.