Topic: On February 26, 2012 Trayvon Martin, 17,  was killed by George Zimmerman.  On November 23, 2012 Jordan Davis, also  17, was killed by Michael Dunn.  Two similar trials with two different outcomes, but both incidents demonstrate that there is an inequity in how America values the lives of young African American Men when compared to young men of other cultures. 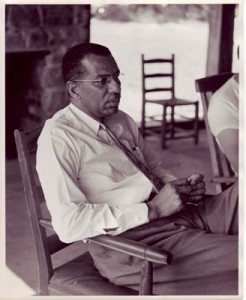 Dr. Brailsford Reese Brazeal received his B.A. from Morehouse College, graduating with honors in 1927, then earned his M.A. in 1941 from Columbia University.

Dean Brazeal was the first official academic dean at Morehouse College, having been appointed to this position in 1928 by Dr. Benjamin E. Mays, the sixth President of Morehouse. Dean Brazeal earned his Ph.D. in 1942 from Columbia University where he became a nationally recognized authority on matters dealing with economics, labor, unionism and African-American workers.

Dr. Brazeal was active in regional and national professional and scholarly organizations, including the National Association of Collegiate Deans and Registrars, the American Economic Association and Phi Beta Kappa Society through the Delta Chapter at Columbia University.

Dr. Brazeal’s book The Brotherhood of Sleeping Car Porters was published in 1946 by Harper and Brothers. The book was a revision of his dissertation at Columbia, and his work has been widely quoted in scholarly articles and books since the 1940s. Dr. Brazeal died on April 22, 1981 at the age of 76, leaving a legacy spanning decades for Morehouse students to follow.