In spite of Atlanta’s weather over the weekend, we had a jubilant celebration as Dr. John Silvanus Wilson ’79 was inaugurated as Morehouse College’s 11th President.

We have more pictures to come of the entire Founder’s Day Weekend events, but thought we would share these two first.

WABE in Atlanta reported on the inauguration. Please click here to read and/or hear the story. 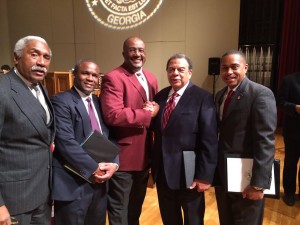 The Inauguration of Dr. John S. Wilson ’79 as President 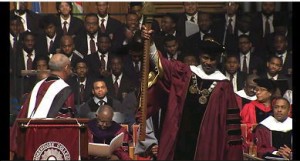