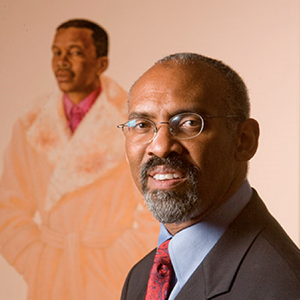 Since 1988, the Archives of American Art has annually set aside one evening to honor the distinctive contributions of artists, collectors, dealers, historians and philanthropists.  The Archives of American Art Medal, honoring distinguished members of the American art community, is often awarded to an artist as well as a philanthropist.  Richard Serra, Melva Bucksbaum and Raymond Learsy were recipients in 2012.

The Lawrence A. Fleischman Award was established in 1998 by trustee Barbara G. Fleischman as a tribute to her late husband, who founded the Archives in 1954.  Last year’s recipient was Morrison H. Heckscher.

“We honor these three distinguished individuals not only for their personal contributions, which are extraordinary in their own right, but also because their work dovetails with ours in its quest to spark discovery and bring depth and nuance to the visual arts in America,” says Kate Haw, Director of the Archives of American Art. 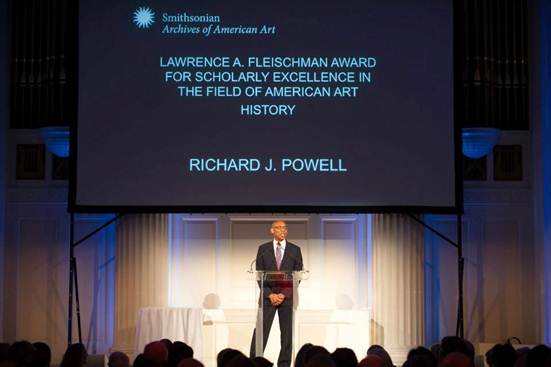 ABOUT THE HONOREE – Richard J. Powell ‘75

Richard J. Powell is the John Spencer Bassett Professor of Art and Art History at Duke University, where he has taught since 1989. In 2007 he was appointed Editor-in-Chief of The Art Bulletin for a three-year term. He studied at Morehouse College and Howard University before earning his doctorate in art history at Yale University. Along with teaching courses in the arts of the African Diaspora, American art, and contemporary visual studies, he has written extensively on topics ranging from primitivism to postmodernism, including such titles as Homecoming: The Art and Life of William H. Johnson (1991), Jacob Lawrence (1992), and Black Art: A Cultural History (1997 & 2002). His latest book, Cutting a Figure: Fashioning Black Portraiture (2008), is about 19th, 20th, and 21st century portraits of peoples of African descent in paintings, photographs, graphic arts, and cinema.

Powell has helped organize several exhibitions, most notably: The Blues Aesthetic: Black Culture and Modernism (1989); Rhapsodies in Black: Art of the Harlem Renaissance (1997); To Conserve A Legacy: American Art at Historically Black Colleges and Universities (1999); Beauford Delaney: The Color Yellow (2002); Circle Dance: The Art of John T. Scott (2005); Back to Black: Art, Cinema, & the Racial Imaginary (2005); and Conjuring Bearden (2006). These and other exhibitions curated by Powell have appeared in major museums and galleries both nationally and internationally, and include such institutions as the Studio Museum in Harlem, Whitney Museum of American Art, Smithsonian American Art Museum, Art Institute of Chicago, Los Angeles County Museum of Art, London’s Whitechapel Art Gallery, and the Nasher Museum of Art at Duke University.

ABOUT THE ARCHIVES OF AMERICAN ART

The Archives of American Art is part of the Smithsonian Institution and is the world’s preeminent resource dedicated to collecting and preserving the papers and primary records of the visual arts in America.  For more information, visit the Archives website at www.aaa.si.edu.