We applaud the work of our brothers in the Baltimore and Washington DC metro areas to hosting this successful Morehouse Alumni fundraiser through a friendly but competitive golf tournament. Here’s the report from the 2012 tournament. There’s still plenty of time to sign up for the September 2013 Morehouse Golf Classic.

This event was the perfect prelude to the Nation’s Football Classic, featuring Morehouse Collegeand Howard University renewing a historic rivalry. “A rivalry that is rich in heritage and tradition on and off the field” states Mark Hill, Morehouse Alumni Association’s Mid Atlantic Region Vice President.

“We were very excited and privileged to work with the Lake Presidential Golf Club to develop and host this second annual event,” said Durand Ford, District of Columbia, Metro Alumni Chapter President. “We welcomed many celebrated alumni and golf enthusiasts to this event and a good time was had by all,” added Jerome Nicholas, President of the Baltimore Morehouse Alumni. 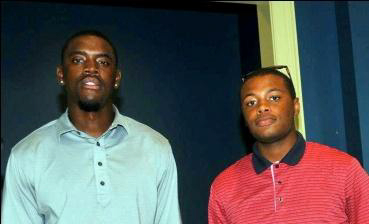 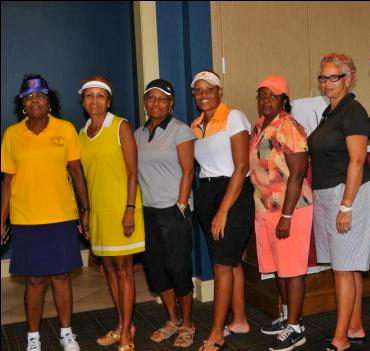 The tournament Honorees were the WakeRobin Golf Club, a minority women’s golf club founded April 22, 1937, by Helen Webb Harris. It is the oldest registered Afro-American woman’s golf club in the United States. The WRGC is a non-profit that introduces women to the game of golf and provides them with the abilities/skills to participate in amateur competitive golf events.  They were recognized for their 75 years of fostering, perpetuating, and encouraging women’s interest in golf in the Washington, D.C. Metropolitan Area.

Several First Tee Program players also participated in the Region IV Morehouse Golf Classic. The First Tee of Prince George’s County was formally established in November of 2001 and programming that takes place from March through October for children ages 7-18. PGA instructors and volunteers from all walks of life, combine talents to introduce the game of golf and its inherent structure of values (Nine Core Values) to children in their county. The field also included out-of-towners, Morehouse alums, Howard alums, along other HBCU alums.

Everyone enjoyed the opportunity to engrave their names on the ultimate prize, the Bennett Trophy, in honor of Bill Bennett, one of the three founding members (along with William “Mac” McCoy and Tommy Johnson) of the original Morehouse Golf Benefit Tournaments that were held in the DC Metropolitan area between 1984 and 2000. During the awards ceremony a plaque was presented to the original founders of the Morehouse tournament. 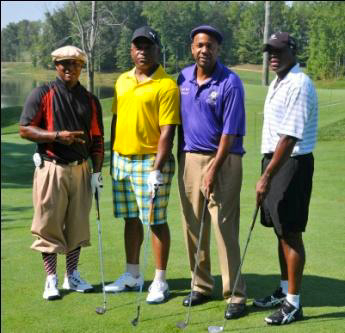 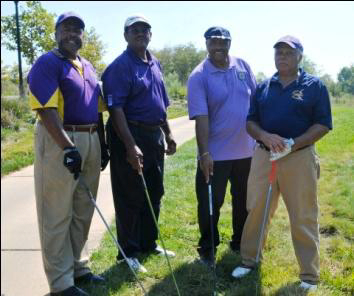 Through this event, Morehouse Alumni from the Mid Atlantic Region were able to provide Morehouse College with scholarships that will enable more students to benefit from the unique opportunities that Morehouse has afforded African American men since 1867. This is a great investment in our youth and in the future of our great country.

Moving forward, we hope to continue to grow this annual fundraiser as away to support the “Morehouse Legacy.”

For more information about the upcoming 2013 Morehouse Golf Classic,  or to make a donation, please visit us at the following: baltimoremorehouse.org, morehousedc.org @MHGolfclassic