Morehouse College is the first Historically Black College to produce a Rhodes Scholar.

The school has produced a total of three Rhodes Scholars: 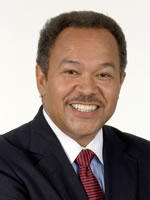 Current Morehouse College President Dr. Robert M. Fanklin was a recipient of the Luard Scholarship, allowing him to spend his junior year at Morehouse studying abroad.

To date, Morehouse has produced 11 Luard Scholars, an honor given to students attending United Negro College Fund institutions by The English-Speaking Union of the United States to fund their junior year of study at a British university.  A notable recipient of the Luard Scholarship is our current president, Dr. Robert M. Franklin.