Board selection of executive director of the White House Initiative on Historically Black Colleges and Universities reinforces commitment to supporting College’s key mission. 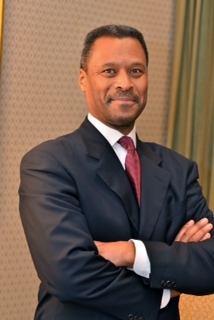 ATLANTA, November 12, 2012 – The Morehouse College Board of Trustees today announced that Dr. John Silvanus Wilson Jr. has been named the College’s 11th president. The appointment follows a rigorous, nationwide search conducted with professional recruitment firm Heidrick & Struggles. The search was launched following the January 2012 announcement that Dr. Robert M. Franklin would be transitioning from his role as president at the end of the year.

“I thank the Board and the search consultants for their thorough evaluation of the excellent pool of candidates and commend all on their outstanding recommendation,” said Robert C. Davidson Jr., chairman of the Morehouse College Board of Trustees. “Dr. Wilson has the vision, experience and passion to ensure that Morehouse continues to advance its aim of producing global leaders who will continue to make a difference in the world. His record of academic excellence and public service is exemplary of the standard we hold for Morehouse Men.  The Board and I are confident that, with his leadership, we will be well-positioned to continue delivering the educational environment that prepares our students for lives of leadership and service.”

Wilson, a 1979 graduate of the College, comes to Morehouse with more than 25 years of leadership in higher education and a strong and successful record in institutional fund raising. In addition, Wilson has extensive expertise in defining and advancing the interests of black colleges through his research at George Washington University, his service on the Spelman College Board of Trustees and as executive director of the White House Initiative on Historically Black Colleges and Universities.

“John has been a trusted voice, helping my administration follow through on our commitment to strengthen historically black colleges and universities,” said President Barack Obama. “I wish John the best as he takes on this important new role as the president of Morehouse College and as he continues to inspire more of our nation’s youth to pursue higher education.”

As executive director of the White House Initiative, Wilson worked to strengthen the capacity of 105 HBCUs and led his team to work with the White House, 32 federal agencies, and the private corporate and philanthropic sectors in securing
capital.

“John has been a leader among leaders, advocating for Historically Black Colleges and Universities and challenging them to be the best they can be,” U.S. Secretary of Education Arne Duncan said. “Morehouse College is fortunate to have John as its next president, and President Obama and I are fortunate to benefit from John’s continuing commitment to reach our national goal of leading the world in college graduates by 2020.”

Wilson will officially assume the role of president at the end of January 2013.  Willis B. Sheftall Jr., interim provost and senior vice president for Academic Affairs, will serve as acting president from January 1, 2013, until Wilson officially takes office.

“Throughout his distinguished career, Dr. Wilson has demonstrated his commitment to supporting the critical role HBCUs serve within our national educational landscape,” said Robert M. Franklin, 10th president of Morehouse.  “Our institution and our students will be very well served by Dr. Wilson’s experience, focus and passion.

“I am honored to be chosen to lead this hallowed institution and my alma mater,” said Wilson. “Dr. Franklin’s efforts to raise the international profile of the College and advance our mission through his ‘Morehouse Renaissance’ are just a few among the many significant accomplishments by which he will be remembered.  I thank the Board for its confidence in my leadership and look forward to working with faculty, students and staff, and continuing our proud tradition of producing global leaders.”

Before working with the White House Initiative, Wilson was an associate professor of higher education in the Graduate School of Education at George Washington University (GWU). He also served as the executive dean of GWU’s Virginia campus, and he helped to develop a strategic plan for the university.  While at GWU, the focus of his research and teaching included advancement and finance in higher education and the role of black colleges and universities.

Wilson spent the first 16 years of his career at the Massachusetts Institute of Technology (MIT), ultimately becoming the director of foundation relations and assistant provost, where he more than doubled the productivity of the office he managed and reached a record annual revenue stream of more than $50 million.

He received his bachelor’s degree from Morehouse and graduate degrees from Harvard University, including his master of theology and both a master’s and a doctoral degree in administration, planning and social policy. While working at MIT, he served as a teaching fellow in Harvard University’s Afro-American Studies Department in its Graduate School of Education.

For 10 years, Wilson served as the president of the Greater Boston Morehouse College Alumni Association. In that role, he led an effort to raise more than half a million dollars toward scholarships and another half million dollars toward community outreach for his alumni chapter. In 1998, Morehouse awarded him the Benjamin Elijah Mays (Bennie) Award in Leadership.

Wilson recently has served as a consultant to the United Negro College Fund Institute for Capacity Building’s HBCU Institutional Advancement Program and on the Kresge Foundation’s Black College Advisory Board. From 1996 through
2000, he served as chairman of the Alumni Council of the Harvard Graduate School of Education. He has served on the boards of both the Samaritans and the Andover Newton Theological School.

He is married to Dr. Carol Espy-Wilson, an engineering professor at the University of Maryland, College Park. They have twin daughters and a son.